A few years is a long time on the web, and Gazebo's internet presence had started to show it's age.

Gazebo's face lift includes a streamlined look and feel with key information at your finger tips. We have also adopted a mobile-first strategy, so break out your phones and tablets and head over to gazebosim.org.

Try out the new Search box, located a the top of the page. A search will return results from the help forum, wiki, issue tracker, and the main website. 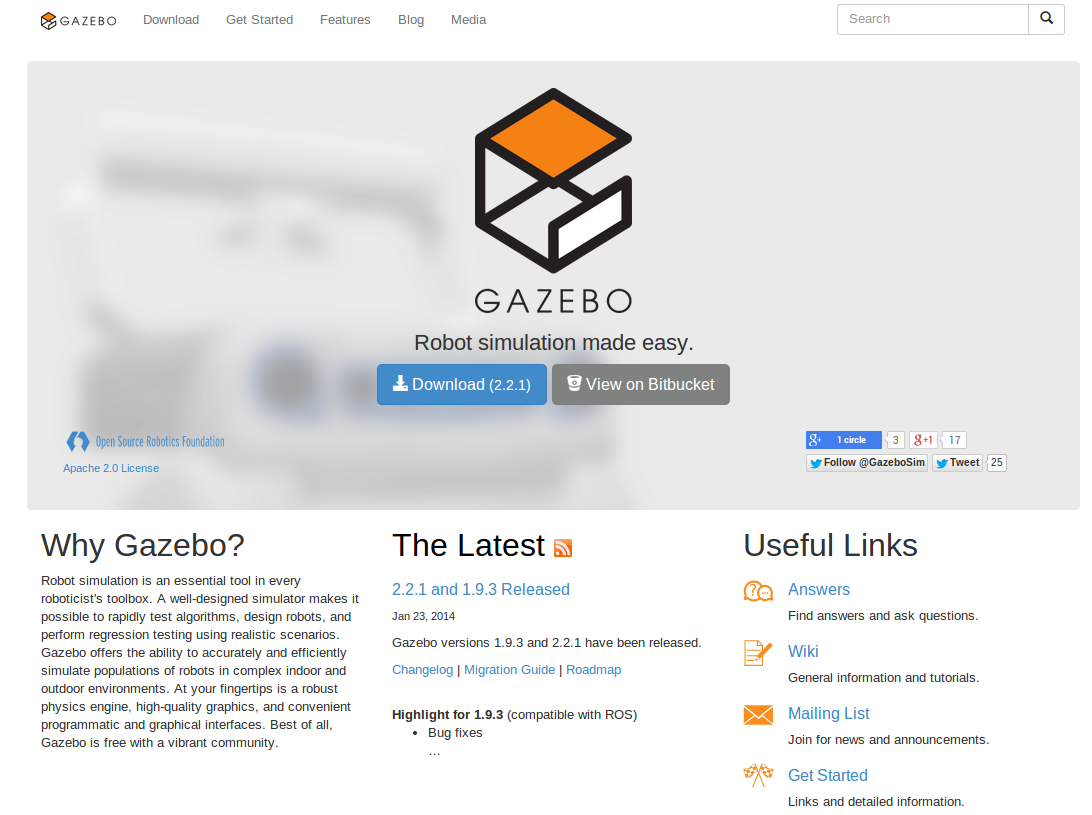 We have added the ability to host your own mirror of the Gazebo repository.A mirror can reduce the time it takes to update your installed versions of Gazebo by locating a server closer to you geographically.

Take a look at the instructions on the wiki for more information.

Gazebo now supports the use of four different physics engines:

We are especially excited about the addition of DART and Simbody, which are Featherstone-based engines optimized for joint chains. By comparison, Bullet and ODE are maximal coordinate solvers which are optimized for performance over many independent models. Each physics engine was developed by its own community, motivated by a particular application domain, from gaming (Bullet) to simplified robot dynamics (ODE) to biomechanics (Simbody) to computer graphics and robot control (DART).

To our knowledge, this is the first time that such a diverse set of physics engines has been supported in one simulator.

By supporting multiple engines, Gazebo allows the user to choose the approach that performs best for his or her needs. For example, maximal coordinate solvers like ODE and Bullet perform well when simulating cluttered environments, while Featherstone-based solvers like DART and Simbody are potentially more accurate in simulating articulated systems such as humanoid robots.

Below is a video demonstration of the Atlas robot performing a dynamic walking task with Boston Dynamics's proprietary walking controller. The results from all four physics engines are superimposed:

Chris Rogers at Tufts has successfully hooked LabVIEW together with Gazebo. His video demonstrations highlight the power of LabVIEW to create and control simulation worlds easily and quickly. Keep an eye out for more from Chris and his colleagues. Please contact Chris if your interested in helping out.